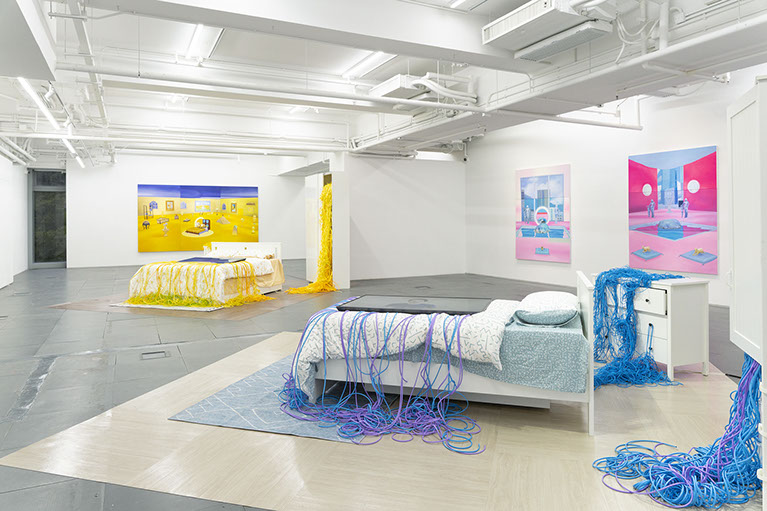 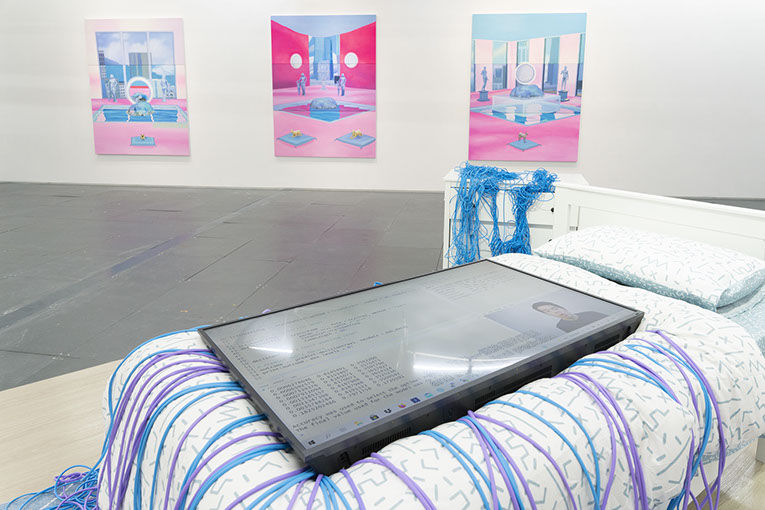 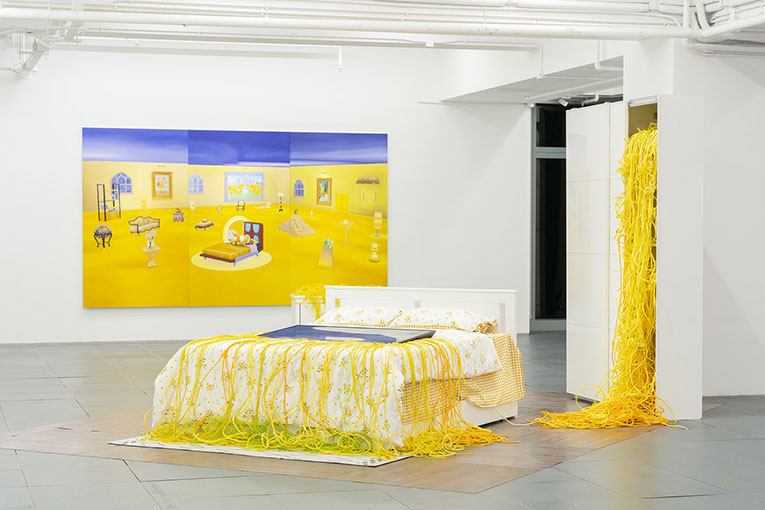 Staged amid the paintings, in the center of the gallery, are two isolated islands fully furnished with beds, nightstands, lamps, rugs, and faux wood flooring, collectively construct two cinematic installations in manifestations of ideal bedrooms as imagined by the artist. In the works, Mak2 compares predictive analysis to fortune-telling. Seemly different, the authorities of science and theology respectively represent in the artworks both attempt to foresee the future by building upon existing information.

Clever Calculation I consists of a LED screen implanted into a queen-sized bed, the drawers of which are packed with wires, cables, and various electronic components. The LED screen shows a video of a hired actress playing the role of a Fengshui master. She predicts that the artist will become famous. Contrary to the making of Home Sweet Home: Feng Shui Painting, the video flaunts the artist’s transparent manipulation of the result. Casting the lookalike of a local celebrity Fengshui master, the near-parodic video calls into question the legitimacy of fortune-telling. Mak2 drafted the script based on advice obtained from online fortune telling services, furthering her investigation into digital Fengshui and the co-existence of science and superstition in the 21st-century technological era. A fully orchestrated performance, the artwork advocates the existential notion that so-called prophecies are always self-fulfilling and a result of one’s own will.

Clever Calculation II comprises a single bed, one of which has a LED screen embedded in the mattress. The displayed video shows a data scientist calculating the trajectory of the artist’s career using big data analysis. Using data that the artist provided, the calculation naturally results in a positive outcome. With the socio-economic implications of big data, the installation brings forth the idea that the real-life applications of the science may generate the illusion of a self-fulfilling prophecy by guiding its subjects into a cyclical pattern using data mining, selective advertisements, and targeted marketing. Using the bedroom as a symbol for privacy and intimate thoughts, the artwork reveals the interventions of technocapitalism and science.